Recently a customer asked how we could be sure that an inscription and signature on a book really were by the great Lew Hoad.

I was a bit surprised by the certainty with which my mother said it was. She said it was like other signatures by him we had, which didn’t seem like a strong test to me since they might all have been faked.

That’s when the confession came out.

In 1952 the Davis Cup final was in Adelaide at Memorial Drive between Australia and the US, the two giants of the event. My mother was a school girl working in town during the Christmas Holidays. One day in her lunch hour she picked up from a newspaper vendor a copy of the program for the final. The team included the youngsters Ken Rosewall and Lew Hoad, who were not to play in this final, but were integral to Australia’s success in others a little later. Lew Hoad was a bit of a bad boy on the scene by the sound of it. Brilliant but erratic. And my mother, like thousands of other Australian girls, no doubt, was in love with him. So imagine how excited she was when, her program clutched in hand, she discovered a bit past the newspaper vendor a crowd by the Town Hall, there, it transpired, because the Australian Davis Cup team was coming out. She grabbed the opportunity to get Lew Hoad’s signature – well, those of the rest of the team too, I’m sure my mother was polite about the whole thing.

Move along a few years and my father threw out the program! At first I was shocked by this, but I see it all now so much more clearly as I rethink it. Jealousy. Lew Hoad never knew my mother’s true feelings, but my father must have. The way she held the program to her bosom in bed was probably the giveaway. So, no doubt about it, that signature must have been burned into her brain and we can take her word for it. If she says ‘That’s Lew’s alright’, it darn well will be.

And if those feelings aren’t as ardent still as they were 65 years ago – she started explaining why it was that Lew had a bad year in ’54. And she told me the story of the early 1970s computer which established – on what data we know not – that Hoad was the greatest player of all time. Still is, she said last night.

Postscript: My mother recalls that she was the worst singer in the world, but that at the time she was in love with Lew Hoad, one of the big songs being given airplay was Embraceable You. And yes. You’ve picked it. My own mother went around driving everybody crazy singing Embraceable Lew.

I was overwhelmed last night by Carlos, a Spanish speaker we had a drink with. Words per minute? A thousand? It was all just a blur and it had nothing to do with the Mojito. It reminded me of the Speedy Gonzales joke.

Speedy to his girlfriend: You’re going to love this, didn’t you?

Well, I think I’ve solved it, why everything is sped up.

It’s the siesta, isn’t it? A couple of hours’ snooze each day and they spend the rest of it trying to catch up.

‘Never had a Christmas tree before?’ Manny was incredulous. ‘Oh, we have to have a tree then.’

It wouldn’t be the first time I’ve over-analysed something. It is a frequent criticism of my declarer-play (for the bridgies reading this). ‘Yay. And I want a big pile of presents. I want a pile of presents taller than the tree.’

and we went out…. 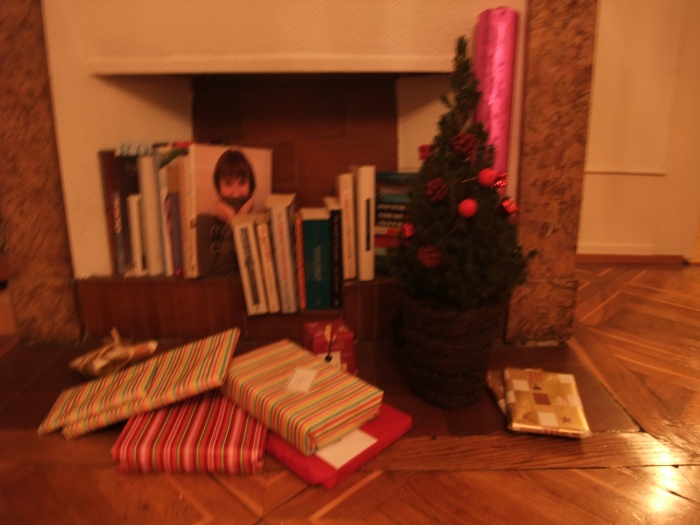 Yeah. Hilarious. But you just wait. It’s a live tree. One day I will get a really really big pile of presents…. 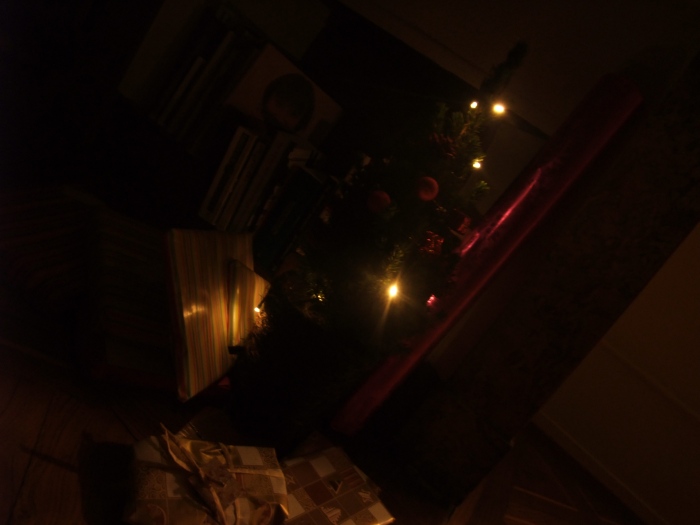 Unless Manny is right and it IS a bonsai Christmas tree.

Of the meme series that are all but clogging up the internet, my favourite is the craft based one…Handmade Ryan Gosling

Where WIP is Work in Progress, ie stuff you’ve started and might never finish. 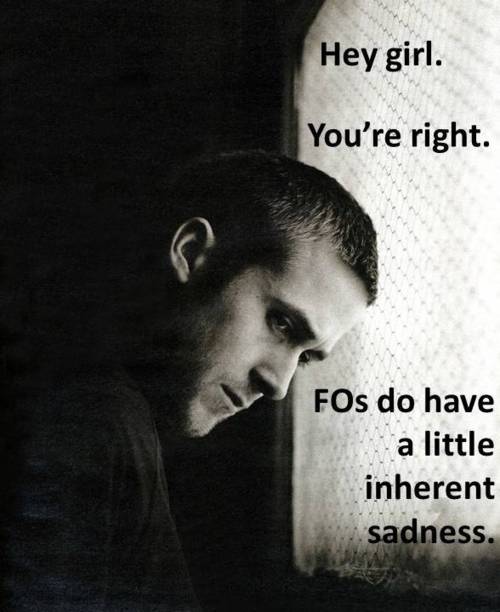 Where FO is Finished Object

Where etsy is internet site for selling stuff you’ve made, which ranges from good to truly comically terrible. 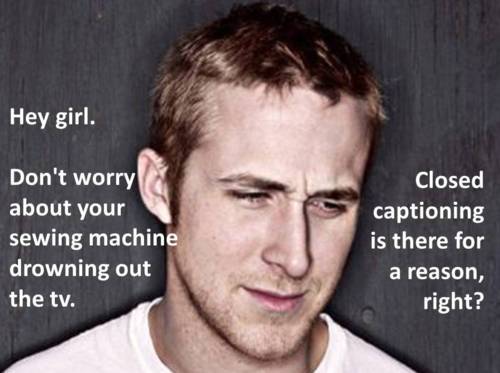 And this last one really happened to me….not with Ryan, of course. I’ve got my own Ryan substitute who does Hey Girl even better than the real one. 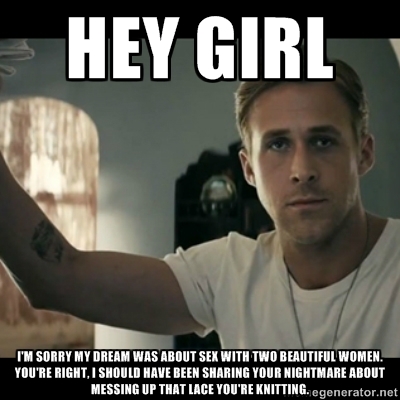 A group of google ads I noticed sitting together:

I’ve been trawling the web looking for tea cosy patterns. Of course this caught my eye: How to Avoid a Designer Tea Cosy

Belinda Keir went as public as she could with her warning for all the friends who were going to ask her to knit. She got published a few years ago in the Sydney Morning Herald….Who can’t sympathise with this plaintive cry:

You have just mastered garter-stitch scarves and they pull out a Kaffe Fassett pattern with 47 colours and instructions on how to hand-make your own buttons. The following week they ask: “Is it finished yet?” and after six months of blood, sweat and tears you hand the garment over.

Later you find out it was machine-washed with the family socks – all that effort and they now have a designer tea cosy.

Umm. Could I have the pattern please? It sounds like just what I’m looking for….

My brother, you see, decided that his wife needed something to mother so they have started fostering kittens. The plan is they keep them for a few weeks to ‘socialise’ them and fatten them up, then they go back to the animal hospital to get adopted out.

First up was a litter of three who had enough interest in my knitting that I realised I had to give them their own yarn….

I got a letter from Ben this morning. That wouldn’t be so surprising except that this is Ben:

He’d noticed this in the paper recently:

and thought it was a good idea:

You may think this is a joke:

But if that is a joke…then how do you explain this notice, spotted by my sister-in-law pinned on a fence near her apartment:

The cat burglar who knits. Of course, maybe he’s like a lot of knitters out there…has a big stash, but doesn’t actually do that much knitting!!!

You can find my learning French blog here.
Follow This and That on WordPress.com

This and That
Create a free website or blog at WordPress.com.